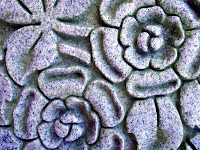 In 1923, shortly before the death of the ex-Empress Carlota in Belgium, a Mexican newspaper reporter (or perhaps a pair of them), tracked down the then elderly Doña Cordelia (Otilia) Jordan de Degollado, the American widow of the Mexican Empire's never-received ambassador to Washington. I found the newspaper clipping in the Joaquín and Mariano Degollado archive at the University of Texas, Austin. Here is my translation from the Spanish. (Alas, the article did not carry the reporter's name. It opens with mutliple subtitles, as it appears here.)

A Lady of Carlota's Court Tells How She Lived in Mexico

The sovereign is near death

During that Ephemeral Empire, this Lady was Maximilian's Ambassadress Near the White House
The rumors of the ex-empress Carlota's grave illness published in European newspapers and later, in the Mexican press, inspired us to interview a distinguished octogenarian resident in this capital who was a member of the court of Maximilian von Habsburg's ephemeral imperial government. We refer to the elderly Doña Cordelia Jordan, widow of Degollado, who lives in an apartment at number 41, Calle de Roma, in the Colonia Juárez, and that is where we arrived, accompanied by our photographer.

After inquiring with the concierge of this immense apartment building, we presented ourselves at the door that belongs to Degollado's widow and although at first the servants who attend her showed great reluctance in admitting us, we were finally able to obtain from the kindly señora some interesting stories about her life in the Court of the Emperor.

The apartment occupied by the widow of Degollado is soberly decorated and it seems there are furnishings, portraits and objects in the living room from that epoch of our history. The individuals in the large frames are clearly from those times; the ladies in their crinolines and luxurious dresses of taffeta, and the men in their Directory-style frock coats.

After we had a look around the small living room, where upon the table there were some elegant albums containing many antique portraits, we passed into the sitting room, where, in a wide chair, there reposed the elderly Señora Degollado.

She receives us with great kindness and invites us to sit down; her two "companions," two Mexican women dressed imppecably although with the modesty of our servants, pull up some chairs and immediately place themselves at the señora's side, while, from the little box very near the señora's feet, where it was sleeping when we arrived, a tiny chihuahua growls and threatens to bite us. Seated in her immense chair, the widow of Degollado still has some remains of her former grandeur: a fine wool poncho covers her legs and she wears a wide cream-colored and blue blouse, and, covering her white head, a delicate cap of Irish lace.

She apologizes for having not received us at first, explaining that since she lives alone, she was afraid we might rob her, as she has no more company than four servants and her housekeeper, Antonia, whom she treats with great affection. Antonia is the one who opened the door. Our distinguished interviewee explains that she has lost almost all her sight and furthermore, can no longer get up from her chair, since she suffered a serious fall some twenty years ago when, passing by in her buggy, her horse bolted, dragging her to the ground. She also tells us that in recent years she has suffered three serious episodes of pneumonia which brought her to the edge of the grave; finally, however, she has recovered, though the years have wrought havoc upon her.

SHE WAS AMBASSADRESS IN WASHINGTON

She herself tells us that she is American and was born in the state of Virginia, having married Mariano Degollado when he was just beginning his studies in a university near Washington. At that time the Jordan family lived near the university, which is how she met the young Degollado, with whom she first became friends. After a long engagement, they were married in a Catholic church in the same region. Afterwards, just after the Archduke Maximilian had been crowned Emperor, they came to Mexico and her husband directly participated in the historical developments in Mexico.

The señora tells us the story of this tragic episode in Mexico, using a clear English and very little Spanish, for, as she tells us, she doesn't speak that language well. In fact we noticed that she speaks to her servants in English and although they do not speak a word of that language, they manage to understand her.

Mariano Degollado soon became involved with the men of this government and his wife was named lady-in-waiting, while he became one of the Emperor's favorite chamberlains and, as she herself tells us, the Emperor came to have great affection for him.

REMINISCENCES OF THOSE TIMES

Bit by bit the estimable old lady begins to offer details and she tells us about some details of the life of the Court. We try to note everything that falls from her lips; it seems to us at times that history itself is speaking to us.

"Why did they kill Maximilian? Ah! I think they should not have done that. He was very good and Mexico lost the affection of the world."

Now and again the señora lets out an exclamation and it seems her deep set eyes will cloud with tears. Later she tells us that the Emperor cared very much and about others and he had a special concern to alleviate the sufferings of the poor. Carlota was the same, constantly making works of charity and in the Court there were rarely conversations about anything but some fiesta to help the less fortunate.

"I still remember very well the day we said goodbye to the Emperor, when he left for Querétaro. Those were very bitter days and since that time one could say we began to suffer great difficulties. We were truly devastated by the execution of Maximilian and his loyal generals. We could hardly believe it, and once we realized it was true, we had to emmigrate to Guatemala, where President Cerna had offered a place for all the refugees."

Then, Señora de Degollado tells us that during the Empire the city was better, more tranquil, cleaner, and the economic situation was better than it was in the years afterwards. "I don't mean to say it was better than it is now, not at all," she tells us, "because now, naturally, it has progressed very much. But there really was much more tranquility and everyone was content."

It was only some months after he had arrived in Mexico when Señor Degollado was named Imperial Ambassador to Washington, where he went, accompanied by his wife. Nevertheless, as Maximilian's government had not been recognized by that of the United States, the señora tells us that they were never received at the White House, having then departed for New York, to take charge of the Imperial Consulate of Mexico. They stayed there for some months, when they were recalled by the Emperor and, before leaving, delivered from the offices more than 20 thousand dollars in cash to a South American whose name Señora Degollado cannot recall. The fact is, very soon afterwards, that South Amerian disappeared with the 20 thousand dollars.

They continued in the Court until it was overthrown. There was a truly imperial luxury; the Empress Carlota tried to imprint upon the life of the Palace a most exaggerated luxury, similar to that of the European courts.

Later, in exile, Señor Degollado was named Governor of the Atlantic coast by the President of Guatemala, having stayed there for four years following Maximilian's execution. They were able to return to Mexico when President Juárez declared a general amnesty.

We ask Señora Jordan de Degollado what was her impression of Don Benito Juárez and if she could say anything about the men of that time; but she refused to speak about them, for she had never liked politics very much.

She also told us that she had been in Mexico for 50 years and although for much of that time she has been enclosed in her rooms, nonetheless, she knows about many episodes of our history. She has some family in the state of Virginia and never had children. Her nephews in the United States take care of her properties and periodically they send her some funds for her expenses. Her entire world in Mexico is limited to her servant Antonia, her four other servants and her "Chiquita," the little chihuahua, who, during our interview, never ceased to look at us with her shining eyes, as if wanting us to leave, for were were intruders.

Señora Degollado also told us about Señora Doña Guadalupe Orán, who is still living and who, with her and the Empress Carlota, are probably the last three ladies who remain from that ephemeral reign.

As recently as about ten years ago she received some letters from the Empress Carlota, but since then, she has had no news of her, only that which we announce in our visit, about her very delicate state of health.

Nothing impresses the senora Degollado anymore and we sincerely believe that she would have heard of the death of the Empress Carlota very naturally, for when she noted that both were about the same age, she added:

"Poor Carlota, she suffered very much."

We did not want to tire the elderly lady by bringing to mind such memories and so we thought it best to take our leave, and also say goodbye to Antonia, her kind and affectionate companion, as well as to "Chiquita," the loyal little dog that, with so much humilty, sleeps on her lap.

# # # To read the original version in Spanish, visit http://www.cmmayo.com/maximilian-cordelia-degollado.html
Posted by C.M. Mayo at 12:30 PM