"To Remember, To Understand": Transcript of a Keynote Speech On Researching and Writing The Last Prince of the Mexican Empire

Waaaay back in 2010-- Mexico's bicentennial year-- I gave the keynote speech for the meeting of the Board of Directors of the Harry Ransom Center University of Texas Austin, and ever since I have been meaning to post the transcript. Herewith:

TO REMEMBER, TO UNDERSTAND:
ON RESEARCHING AND WRITING
THE LAST PRINCE OF THE MEXICAN EMPIRE
Transcript of keynote for the meeting of the Board of Directors
Harry Ransom Center University of Texas Austin
April 22, 2010


It is such an honor and a delight to be here tonight. First a big thank you to Thomas Staley, Director of the Harry Ransom Center, and Danielle Brunne Sigler, Curator of Academic Affairs. And another big thank you, de corazón, to Mexico's Consul General here in Austin, Ambassador Rosalba Ojeda.

It was right here, in the Harry Ransom Center, that Ambassador Ojeda invited me to view the letters of Mexico's Emperor and Empress, Maximilian and Carlota— if you haven't seen these extraordinary documents, you will— they are in the wonderful exhibition "Viva Mexico's Independence." 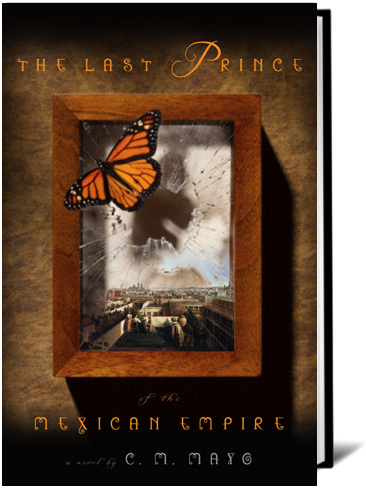 This year, 2010, is a very special year to be celebrating Mexico's Independence, for it is both the bicentennial of Independence and the centennial of the Revolution. Sandwiched in between Independence and the Revolution is the 1860s, the time of Mexico's ferociously resisted second experiment in the monarchical form of government. This is the subject of my novel based on the true story: The Last Prince of the Mexican Empire.

Mexico had a prince?